The dirigible airship: could it have a comeback? 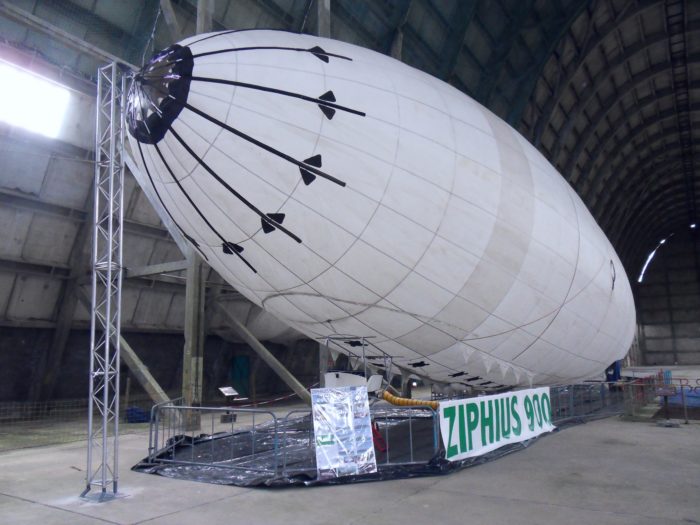 The airship, which was all the rage at the beginning of the 1930s, has now begun to stir interest again. Here's an overview of the signs pointing to its possible resurgence, and a presentation of the "Ziphius 900" project, organised by the engineer Marvin Johnson, which seeks to bring back the wonder of the magic voyages of the aircraft of the interwar years.

The first transatlantic passenger air travel service was inaugurated in 1928. But before commercial airplanes, large airships were already criss-crossing Germany along regularly-scheduled routes. The Graf Zeppelin, for example, traveled more than a million and a half kilometers, crossed the Atlantic more than 140 times, made a trip around the world, etc.

But, in 1937, the live media broadcast of the in-flight explosion of the Hindenburg zeppelin (the German dirigible airship), inflated with flammable hydrogen gas, put an end to the momentary fashion of commercial airships.

Nevertheless, beyond the Hindenburg disaster, it was the entry into service of airplanes, increasingly significant with the wars that were to come, that ultimately put an end to “the 1930s heyday of transatlantic Zeppelins, when they were associated with luxury, progress, and the dream and promise of a better world,” says airship enthusiast and engineer Marvin Johnson. “In a world marked by the spirit of territorial conquest that demanded greater speed and security in air travel, planes were well-positioned to ultimately provide decades of reliable service.”

The freight service of tomorrow for isolated regions?

Seven decades later, could new wind be put into the sails of the dirigible airship? A few signs do indeed raise the possibility:

Although they do not require airstrips, consume much less fuel at equivalent payloads than planes, and can carry heavier loads than helicopters, dirigible airships have their flaws: they are wind-sensitive and do require certain infrastructure that is still lacking today, and have inherited something of a loaded reputation (such as the disaster mentioned above)…

The dirigible airship – another way of looking at transportation? Why not, asks Marvin Johnson: “In this modern age of environmental awareness, it is a distinct probability that this type of air transport, which promotes respect for the environment, the serenity of slower travel and transport energy savings, may come back to the fore in the coming decades.”

Ziphius 900: reliving the airship flights of the 1930s

At InOut 2018, Marvin Johnson presented his “Ecolocar,” a solar-panel equipped car with a 2002 world tour under its belt. An engineer at Orange, Mr. Johnson is now working in his spare time on another project: the Ziphius 900.

In 2010, Marvin Johnson acquired a prototype of a small airship, the Ziphius 900. The “900” refers to the volume of helium, in m3, that the Ziphius can hold. After optimizing the operation of the craft with assistance from some engineering school students, Marvin Johnson then went looking for places to put it to use, with the idea of ​​providing observation and long-term surveillance services. So far, that search has been in vain, for lack of investors: “in France, a large amount of capital would be needed to build a hangar at an airfield, since without a special exemption, it would be practically impossible to put up a hangar out in the countryside for non-agricultural use,” he says.

Unfazed, Marvin Johnson has instead moved to devote his airship to a different project that is itself no less enticing: inviting the public, on the ground and with the use of a flight simulator system, to relive the magic of zeppelin travel in the 1930s through augmented cinema technology. “This project is based around the dual nature of the image of the dirigible balloon: its real aspect, through the history of the apparatuses that were really built, and the more dreamlike aspect, which inspired the world of artists, writers and film producers (like Jules Verne, Disney, etc.),” says Marvin Johnson, who is currently seeking partners and a site to build out the attraction.

Learn more about the project