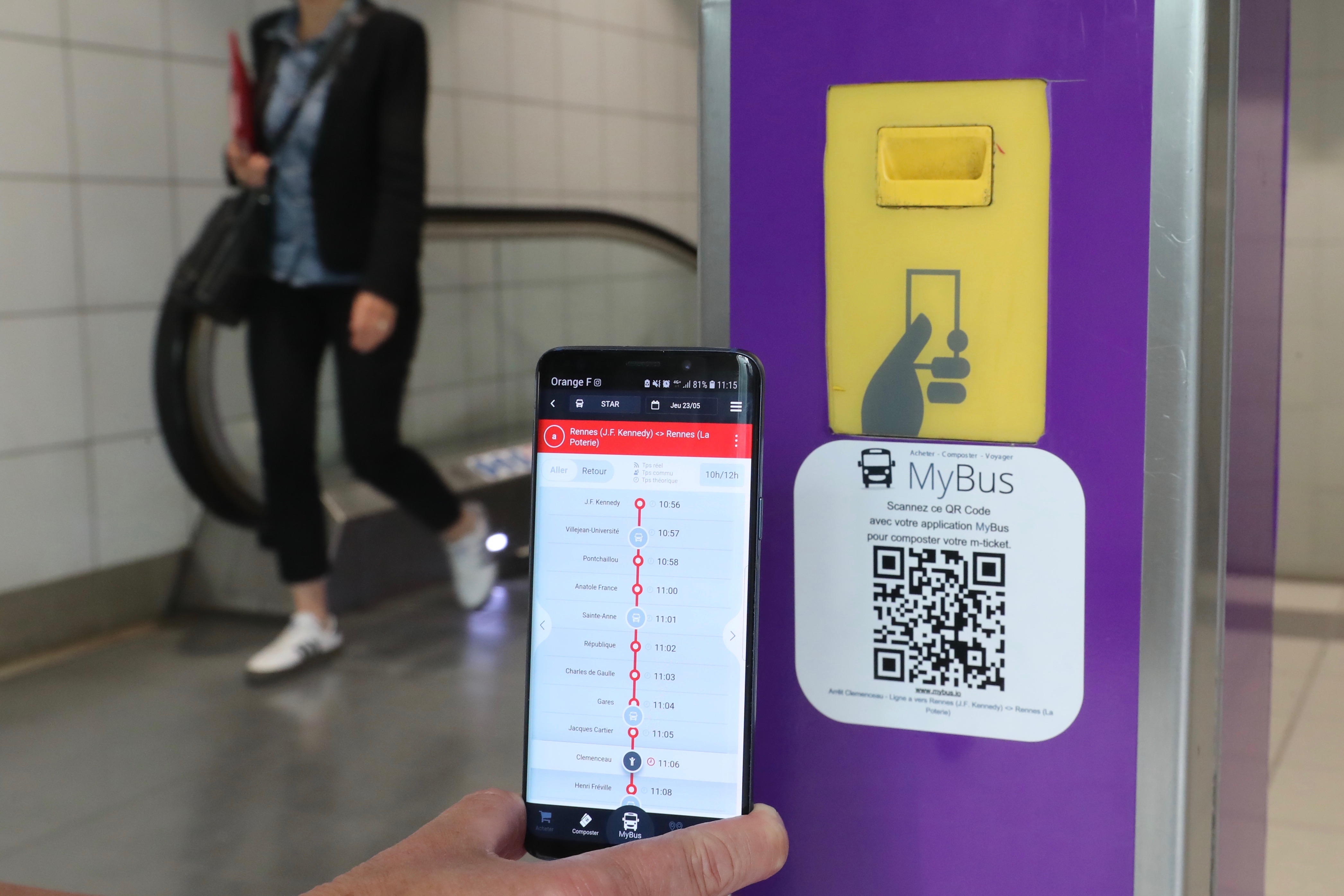 inOut 2019 … it’s over! But the testing never stop. Each month we continue reviewing the projects selected by the inOut Testing Committee. This month it’s MyBus which is undertaking real-time experimentation for ticket-free transport in the Rennes underground and we’re also looking at other initiatives which were chosen in May.

inOut 2019 … it’s over! But the testing never stop. Each month we continue reviewing the projects selected by the inOut Testing Committee. This month it’s MyBus which is undertaking real-time experimentation for ticket-free transport in the Rennes underground and we’re also looking at other initiatives which were chosen in May.

Mybus: Ticket-free system and QR codes being tested in Rennes

Having no more tickets is a major trend in the transport sector and can be visible in several forms: a text message ticket, ticket directly paid for and validated with your bank card, NFC technologies … innovations intended to simplify the life of transport-users … and introduce system-basics allowing (tomorrow and in the future) for seamless passenger flows on the various transport networks and means available. This regional-constraint free transport dream is heavily relying on the concept of “Mobility as a Service” (MaaS) and specifically uses a unified transport-ticket gateway. The road is still long with still many uncertainties.

Thanks to the testing opportunities at inOut and Keolis, the Rennes transport service operator Monkey Factory, is able to test in situ on the Rennes underground with its users, a new experiment for the company. It will notably allow the company to register tester-experiences in real time to better understand how smartphones are used to substitute traditional transport tickets.

The eleventh testing committee took place on 23 April to examine the new candidates from the inOut call for bids.

The committee thus chose an international project for last kilometer delivery using an autonomous and automated vehicle, proposed by a consortium of French and Finnish companies regrouped under the aegis of EIT International. The automation of the last mile delivery allows to lower costs for e-traders while simultaneously reducing pollution and urban traffic congestion.

The project “Mobilité Partagée en Vélo (MPV)” submitted by the company HPR Solutions also caught the attention of the committee members. The business creators will ask Rennes inhabitants to test their electrically assisted tricycle under real conditions … they are easy to ride like bicycles but can transport two children, luggage and are equipped to protect passengers from bad weather.

The third project accepted, Micromobile, wants to set-up multipurpose stations able to shelter and recharge electric and urban light vehicles such as scooters or electric bicycles. The energy autonomy and mobility of these stations, allow them to be well adapted for the regional transport offer as well as facilitates intermodal transport solutions.

Last but not least, the company Crowdloc presented a solution to find lost bicycles thanks to a Bluetooth locator beacon system along with partner applications. To better understand the technologies being used and how users could accept them, Crowdloc will come present its solution in Rennes for bike and technology enthusiasts.

So here is a new stream of both diverse and captivating projects to be developed and all this is happening in Rennes Métropole!